The earthball made of hotel soaps as a metaphor for global changes, fluidity and as a transforming process.  This soaps collected by a pilot also tells about a new form of nomadism, where travels and living in hotels became a new way of life for upper- and middle class people. 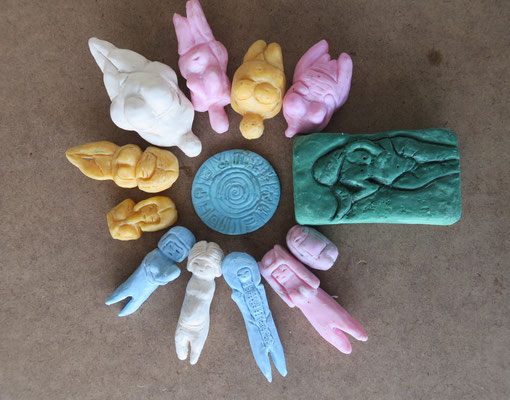 Katharina Brandl made a reflection about and a comparison between the ancient Venus-figures in Europe (Venus figures from Upper Paleolithic time), (30.000 - 25.000 years old) and the Validiva Figures (6000-5500 years old).

While doing a lot of different research about the Venus-Figures she was making some figures out of soap by herself.

By modeling them she personally felt the different steps in a womans life, from a baby, a young girl to a woman....

So everthing is transfomed in nature.

Like a seed become a plant, a catterpillar a butterfly...we pass through the time and change.

Soap is a ephemeral and also a daily-used material. She deside to use it for her artwork to represent the circle of life and the transformation of a women as well as the whole female world.

The pedestal whose function originally is to present artwork, is here presenting itself. It is an irritation because the 3 pedestals remind of a normal exhibition situation, but here there are no objects on it. By paying attention, there are peepholes on the top, which allow a look to the inside. The focus of the viewer goes to the inner space of the pedestal and there is a light white room to see. The perspective to the inner space is through the fish eye view distorted downwards and sidewards.

The title from this work is based on this inner space, which usually is invisible 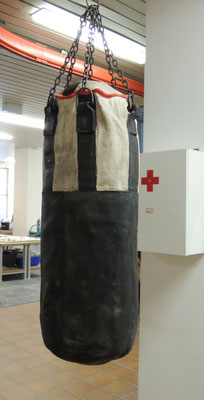 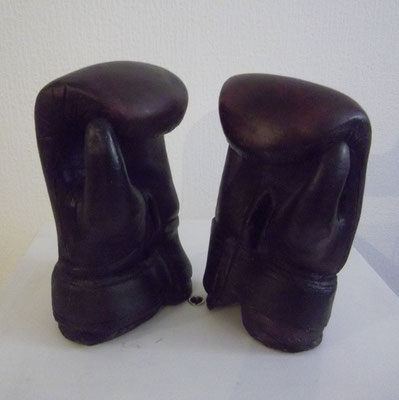 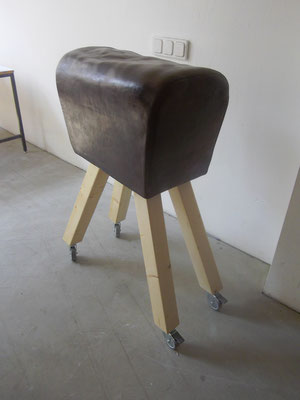 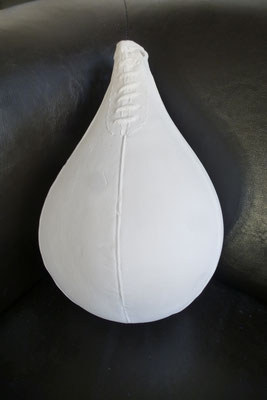 A punchbag, boxing cloves and a springbok which are normally used for physical trainings are transferred from their usual places to an exhibition hall. At first they seem like real useable objects, but they are all made of clay and not of leather. The viewer gets irritated or confused because of the material. The perception changes and the question arises : Why are these things made of clay? 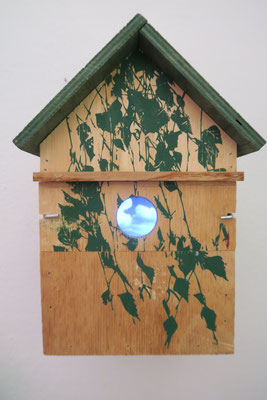 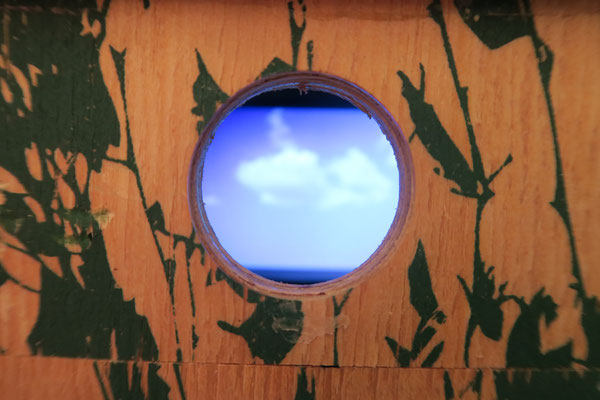 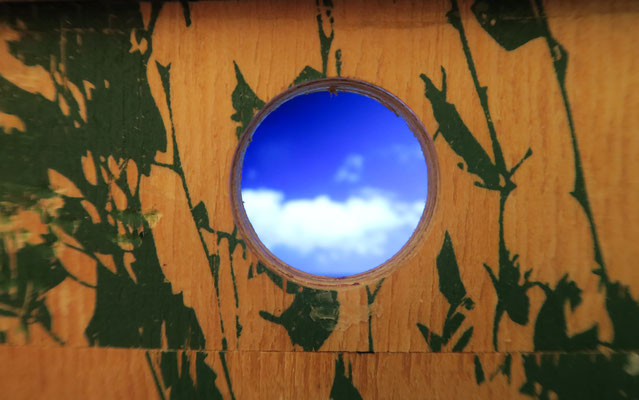 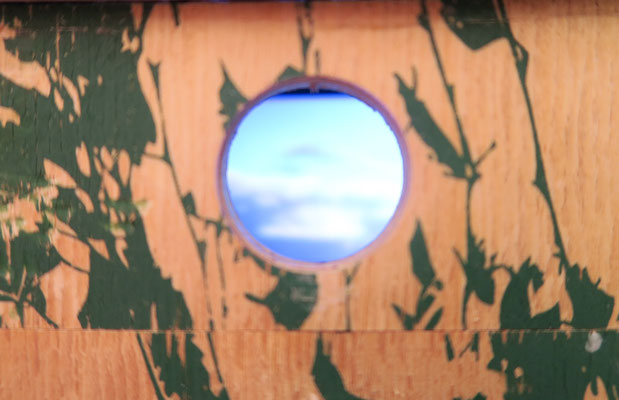 In Austria there is the slang phrase :"ins Narrenkastl schauen", which means people staring into mid-air,  lost in their thoughts. It ́s also comparable with daydreaming an has mostly a negative connotation, because daydreamers appear lazy having nothing to do. This is not gladly seen in our achievement-oriented society. Besides in German there exists the phrase: "Du hast einen Vogel " (you have a bird in your brain) meaning "to be crazy". Katharina Brandl made a series of birdhouses for these "crazy" birds. This work is the last out of a series of birdhouses. A view inside lets us see different formations of clouds passing by, inviting to daydreaming.